Home > Preparing for a Show > Dealing with a Bad Audience Response 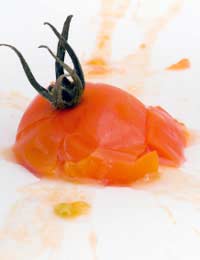 As every actor knows, the more times you put yourself in front of crowds, the more likely you are to have a bad experience. It happens to the best of thespians, and it’s nothing to be ashamed about; truly, a negative audience response doesn’t necessarily reflect on the player.

However, it’s important to know what to do before it happens if you suddenly realize that you’re in front of a hostile audience.

1. As soon as you can, find out what went wrong

Was someone you trust in the audience? Then it’s important to ask him or her for honest feedback on what you or your fellow thespians did that riled up your listeners. It could have been anything from a missed series of lines to inappropriate interactive behaviour, but you’ll never know until you inquire. And don't get angry if your mate suggests that you need work; constructive criticism is necessary for the growth of actors.

2. Don’t obsess about it

You really believed that the play was perfect, the overall timing was good… yet the audience response was terrible. Barring any glaring errors that were made by the players, you may have to chalk up your experience as an unwelcome anomally and allow yourself to move on from there.

3. Kick out the rabble rousers

If there’s a small group of audience members who are being particularly difficult, have a backstage person address them during interval. If necessary, have your dramatic society colleagues escort the negative folks to the door. Obviously, this won’t always be the solution to the problem (nor will it be possible in many instances), but if it can be done, it might salvage an otherwise solid performance.

4. Don’t allow yourself to be affected by the mood

Certainly, this is easier said than done, but it’s critical. Even if your comedy has flat-lined and is practically on life support, you need to stay professional and upbeat if that's the role you've accepted. Sure, you may feel like pulling the plug on the whole performance, but don’t show that kind of defeatist attitude to a hostile or indifferent crowd; it will only make the memory of the play or recital even worse.

If the theatrical piece that received a bad audience response lends itself to re-staging or re-writing, go for it! Directors aren't always 100% right about their choices, and playwrights aren't 100% perfect, either.

6. Watch the video of the performance (if applicable)

This is going to be tough, because you’re not likely to enjoy watching yourself and your fellow thespians perspire and bomb. But if you have a video of your poorly-received performance, it’s best to watch it (ideally without anyone else in the room so you can cringe in peace.) Concentrate not on reliving the emotions you felt, but on evaluating how you and the other performers came across. Doing so will give you a leg up the next time you act.
Next Page

How To Deal With Rejection In Auditions For Acting Roles