Home > Running a Society > Conflict Between Drama Society Board Members 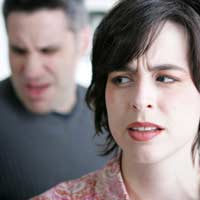 People don't always get along with one another. This means that sooner or later, the men and women who sit on your amateur dramatics society board are destined to have differences. When that occurs, you and other board members need to understand how best to deal with the situation in a calm, professional manner.

First, know that not all disagreements between board members are as serious as they might seem at face value. There are plenty of individuals who verbally spar with one another but who are not actually engaging in personal attacks. These folks tend to enjoy a little bit of drama (no surprise they're in amateur dramatics!); as long as their words are taken with the proverbial grain of salt by everyone else, they probably won't be a huge problem, though it's important not to allow anyone to be 'bullied' by their domineering personalities.

Generally speaking, the biggest conflict concerns come from people who are on your drama society board and who passionately dislike one or more persons who are also on the board. Their disdain can be the result of many things, including romantic relationships gone sour, past personal attacks, 'know-it-all' thinking, general anger (often unrelated to the amateur dramatics troupe), not 'getting their way' on decisions and/or personal depression or addiction issues. Of course, regardless of the source, their venom can be poison for the health your team.

As a leader of your amateur dramatics society, you will be expected to remove yourself from the conflict and take a role of mediation. This involves a willingness to become as impartial as you can, and may not be easy depending upon your closeness with the board members involved. Thus, you'll need to remind yourself that even if you absolutely cannot stand one (or both) of those who are arguing, you cannot allow your feelings to supersede your professional expectations.

To help you make your decisions when conflict between your amateur dramatics society board occurs, a few of the most common situations are outlined below.

The Conflict: Board members do not get along on a personal or business level. Their anger tends to overshadow all meetings and makes resolutions difficult to achieve.

If You Do Nothing: Without intervention, their childlike behaviour will only get worse. Additionally, other board members may become 'fed up' with the toxicity of get-togethers, leading them to resign from their positions and leaving you in a much worse position.

If That Doesn't Work: You may have to ask both board members to leave for the longevity and growth of your society.

The Conflict: Board members who were romantically involved are no longer a couple.

If You Do Nothing: By ignoring this situation, it's only going to get nastier. The other members of your board are absolutely going to feel increasingly uncomfortable in the presence of these exes, making each board meeting painful.

What to Do First: Sit down with both people (or one at a time if they won't sit down together.) Explain that a board meeting isn't the place for them to address their personal issues with one another. Ask for their agreement to stop squabbling about non-amateur dramatics society issues during board meetings.

If That Doesn't Work: If the ex-couple refuses to behave, you might be forced to 'call them out' during a board meeting. Stop the proceedings and very simply tell them that they have to cease their arguing about personal issues. Usually, this will embarrass one or both of them. (The only concern here is that other board members might feel uneasy, but they are most likely feeling uncomfortable anyway.)

The Conflict: Two persons who just do not get along with one another for no particular reason.

If You Do Nothing: Every board meeting is going to be tense, likely leading to significant attrition of society members down the road.

What to Do First: This is the toughest of situations, because there's no reason for your two board members to loathe one another. However, it's not acceptable for either of them to be vicious. Have a chat with each party, explaining your specific concerns. (Write down what they have said to one another and use their past words verbatim.) See if they will agree to put aside their differences for the good of the troupe.

If That Doesn't Work: You may have to try to talk with them individually again, making it clear that the board needs people who can disagree professionally. If they still cannot control themselves, you may have to ask them to leave the board or have the board members vote on whether or not to keep them in place.

Conflict is never easy, but whenever two or more people are working together, it's to be expected on some level. Maintain your cool, address the situation and move forward. And if all else fails, call in a third party for advice.

Setting up a Drama Group Committee
Share Your Story, Join the Discussion or Seek Advice..
@dillitante - if he was employed and a wage earner then you can raise a grievance. If it is voluntary there's not much you can do apart from complain to the chair of the dramatic society.
John56 - 16-Sep-16 @ 2:43 PM
Hello Wonder if anyone has had problems with a bully of a director and how they dealt with it thanks
dillitante - 10-Sep-16 @ 12:51 AM
Title:
(never shown)
Firstname:
(never shown)
Surname:
(never shown)
Email:
(never shown)
Nickname:
(shown)
Comment:
Validate: