Home > Kids and Drama > The Laws Surrounding Kids on Stage

The Laws Surrounding Kids on Stage 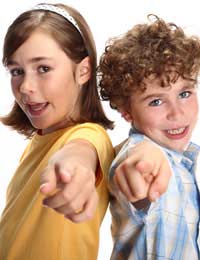 Your child might be a “natural” on stage. You might be accepting of his or her dream of “breaking into show business”.Agents might already be clamouring to sign up your young star.Yet it’s ultimately crucial to understand the laws surrounding kid performers in the United Kingdom before starting your kid on the path to a professional theatrical career.

Below are some of the most important aspects of the UK’s child labour laws that will absolutely affect your son or daughter should he or she leap into the realm of professional dramatics on stage or film.

Be aware that these are not all-inclusive and that they are being evaluated from year-to-year. Thus they are guidelines and should not take the place of legal and business advice.

The bottom line for both children and their parents/guardians is that it pays to become highly informed from the get-go. After all, if your eight-year-old is serious about becoming a film star, he or she may only have a few years to compete in his or her “age range” market.

For more information, it’s recommended that you connect with the LEA in your area if you haven’t done so already. Additionally, if you have contacted an agency to represent your son or daughter, make sure you ask them the best way to go about obtaining and continuing licensure for your budding professional performer.

Remember: Many children are working in the UK. With the right information in hand, yours just might be the next darling of the stage or screen.