Home > Joining a Society > Do You Need Acting Experience For Amateur Dramatics? 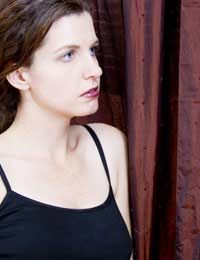 No acting background?No problem!A great majority of amateur dramatics society members never have had formal acting experience beyond being involved in a school play or two before hitting the stage. Really all that is necessary for you to attend an open audition is a love of all things comedic or dramatic and willingness to learn.

That being noted, it's important (especially if you do have very little acting experience) that you pay particular attention to how you approach your time with any amateur dramatics troupe. Below are a few pointers to help you maximise the enjoyment you obtain from your acting.

You're a novice at acting, so you shouldn't feel ashamed of asking a question… or two… or a hundred. The best actors are those who make certain that they understand exactly what the director wants as well as delving into the backgrounds and motivations of their characters. They also query their fellow actors, building bonds between the cast and crew.

The worst thing any amateur actor can do is silently stew in a sea of confusion. Instead of choosing that route, make it easier on yourself (and your teammates) and bring up any concerns or thoughts ASAP.

Be Supportive of Others

Professional (and a few amateur) actors may have a reputation for being egotistical, but that doesn't mean you have to follow suit.

Some of the best people in acting with whom to work are those who help their stage compatriots. Rather than thinking of yourself the entire time you're in rehearsals, learn what's happening with your comrades. In acting be a team player and lend a hand to those who need a little support; you'll forge incredible ties and have a more positive, memorable acting experience.

Don't Be Afraid To Try Something New

It can be hard not to be vulnerable on stage, especially if you're unaccustomed to acting in front of an audience. However, if you've auditioned for a part and agreed to take on the role, it's essential that you let go of your acting fears.

Push through your perceived boundaries; really, they are only holding you back. If a director or fellow actor makes a suggestion, don't automatically assume it won't work. Try it. The more open you can be, the better your performances will appear.

Allow Yourself To Be Mediocre In Acting

We all want to be fabulous, but if you're just starting out, you may have to accept a "mediocre" rating of your acting ability. Again, this is perfectly fine. Not everyone is a star or a "natural" actor. You may have to get involved in several productions before you really shine when acting.

Let go of your desires to always be the best; learning the ins-and-outs of amateur dramatics isn't a destination, it's a journey. Thus, it's critical for you to enjoy the path you take to gaining acting experience and becoming more proficient.

Talk Up to Your Amateur Dramatics Troupe

Many first-time thespians are hesitant to tell friends, family and co-workers about their upcoming performances. But it's necessary to do so in order to publicise your amateur dramatics society!

Without grassroots word-of-mouth marketing and advertising, ticket sales could be dreary… or even non-existent. Be proud of what you're trying to achieve with your acting experience; 99.9% of the people you tell will actually be envious of you for your determination. And let's face it, life's too short to care what the remaining 0.1% think.

Embrace The Process Of Acting

Maybe you'll love acting, maybe you won't. But even if you find that you never feel the desire to act in front of onlookers again, don't dismay. Embrace the process and ask yourself if, perhaps, you might not like to work on another amateur dramatics production in a behind-the-scenes capacity.

Backstage workers are always needed to keep an amateur dramatics group functioning at peak performance; maybe you will find that you're drawn to stage managing, costuming, set designing or even directing rather than acting. Permit yourself to see this experience as an enchanting path to self-discovery… and don't forget to stray from the cobblestones and climb a tree once in a while!

What will Drama and Amateur Dramatics do for me?
Share Your Story, Join the Discussion or Seek Advice..
[Add a Comment]
Hi I am 41 yrs old indian male. I am punjabi and hindi song writer but always had a passion for acting. Someone helped me to put me in this direction to get on this site and meet people with same interest.i would love to work in theatre . I have no experience. Please can someone help me and advise how i can join amateurdramatic community and learn what i love. I live in luton. Thanks Tony
Tony - 1-Apr-21 @ 10:50 AM
Hi I have been trying to get intouch with many acting schools where i can have my start as i am 41 yrs old indian medium build male. I am a punjabi or hindi song writer. I have passion for acting but never got around it. I met an actor at workplace and they said you can go on this site and join local group and build your confidence. Please can someone help me in this? Thanks Tony
Tony - 1-Apr-21 @ 10:46 AM
I'm a 58 year old female who would love to join an ameture dramatic group I haven't been involved in drama since1977 I am employed as a manager in a small friendly sports and social club I sing a little on karaoke but my passion is musical theatre x
Rosie - 25-Sep-18 @ 6:21 PM
Iam a writter but all Ineed is aSupport and Interestedpeople on acting to work with....Iv been released about 2 ameartur drama and Iam working on onother one. on both Dramas Iam an Actor,Director and Writter,infact I also need experiance on this Industry
Moosa - 9-Nov-16 @ 7:01 AM
@lucy - you are never too old to do something you have always wanted to do, so good on you for giving it a go. Have you tried approaching your local amateur dramatic groups? As they are a good start to see if you like acting. You don't say where you live, but there should be a few dramatic societies and groups in your area, and they are free. Of course, you are unlikely to get offered a main part straight away, but you can work yourself up to more meatier parts after a while. You could also look at taking a paid acting workshop, which will also give you some constructive acting advice. Or even combine the both. The best thing to do is find out what is the best route for you, by exploring different avenues. You firstly need to do a bit of online research. Good luck and enjoy.
AmateurDramatic - 7-May-15 @ 10:48 AM
hi i am a middle aged pakistani women and as with most of pakistani families, coming from a strict family was not aloud to do drama at school. now aged 40 i would like to give it a try and have not idea were to go and how to start. i auditioned at actors lab i thought if i wanted to learn acting like we do in school it would be ok but was surprised when i was not accepted. i would like to know what is required and if even stand a chance of any kind of acting experiance. i know there are not many acting jobs for asian or pakistani actors i just wanted to have some fun learning. i also applied as a extra and was also not accepted for that so i am quit down about it, i wish they would tell me what is the requirements i can take it. can you please help in any way? thank you Azeema
lucy - 6-May-15 @ 11:07 AM
I have been out of acting for a very long time, 22yrs. I was attempting to be professional and did achieve a small ammount of success until I was hit by a car and suffered many difficulties. Over the years, I have done nothing but dream about getting back to the stage! I have lost a great deal of my confidence as a result and am trying to work my way back. I recently, very, turned 50 and I think it is time for me to try and make another attempt. I did do one amateur play since I was hit by the car. Unfortunately, I am unable to recall the name of such play at the time and I want to send this out before I lose my guts. Memory being one of my difficulties due to the accident. I was trained at a drama school in England in my late teens, ALRA, when it first opened. I live in North Etobicoke but can get around the city without any difficulty, I am in no way physically handicapped. I was just trying to get some help in this direction, if there was anywhere in particular, perhaps, that anyone may know of that I could look. I want to audition for anything. And to be not humble, I wasn't bad in my day. Worked at Blyth Summer Festival, did many CBC Radio plays, a couple of guest star roles on tv sit coms and a commercial or two. Anyway, I would love to get some feed back, in any form as I really think it is time I did something! Thanx, Dawn Lemaire
Dawn - 17-Oct-11 @ 1:26 AM
Title:
(never shown)
Firstname:
(never shown)
Surname:
(never shown)
Email:
(never shown)
Nickname:
(shown)
Comment:
Validate: